Yesterday, Sunday May 26, dawned early for many of us still on US time.  Fortunately, to ease us in, Stepan got us a bus to deliver us to our first concert venue: the marvelous Cathedral of Christ the Saviour, one of the tallest Orthodox churches in the world.

It was built in the 19th century to celebrate Russia’s victory over Napoleon in 1812. In 1882, it was the site of the world premiere of Tchaikovsky’s 1812 Overture, but was destroyed by Stalin in 1931 to build the Moscow subway.  Times changed again, and the cathedral was entirely rebuilt and reconsecrated in 2000.

We were welcomed there and given an excellent tour of the whole cathedral and its remarkable museum of church icons. This was followed by lunch in the staff cafeteria and a walk around the grounds. The weather was perfect for seeing sights in the area.

All of this was prelude to a remarkable concert in the early evening, which featured us and a number of other vocal and instrumental groups.  Every one performed beautiful contemporary Orthodox music, which meant that our renditions of African-American spirituals offered a nice musical counterpoint. 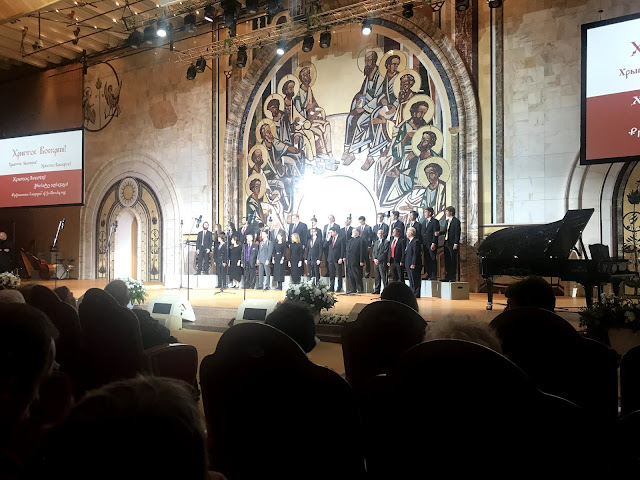 The audience received us very warmly, prompting us to offer “Borodino” as an encore, which truly brought the house down. It was a great feeling to sing this YRC staple right in the place dedicated to commemorating the events it recounts.

The final delightful convergence was when we and two other choirs joined in singing the “Stikhiri Paskhi” (“Canon of Easter”).  This is a beautiful modern setting of an ancient Orthodox Easter anthem by Ledkovsky, an emigre composer who lived in New York.  Mr. Tom Leary, the U.S. cultural attaché in Moscow, attended the concert as well.

It was an excellent YRC day from start to finish and provided a great launch for our musical and cultural journey here. 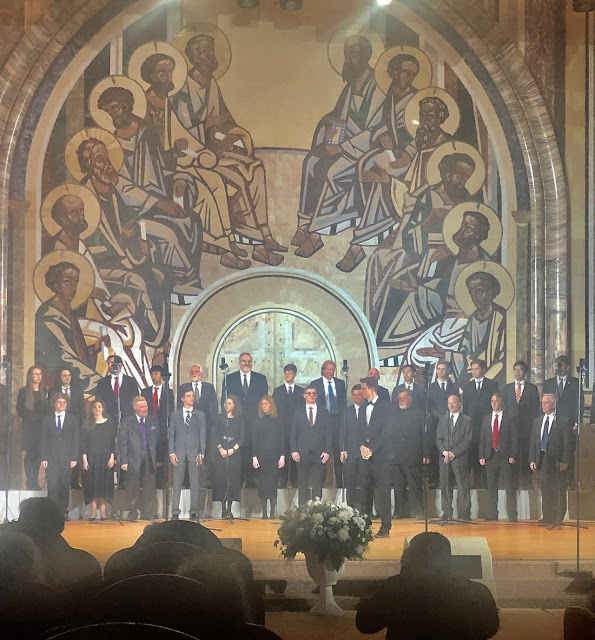 by Zosia Caes The day started off with a sound lesson for the undergraduate contingent: three hours on a bus is not the same as another three of sleep. Their three AM trek to the nearby woods and shwarma stand was cruelly met with a wake-up two hours later for a bus to rural Rostov, on which young choristers curled into speed-deprived and slightly-hungover balls vainly trying to catch up on sleep. An hour in we stocked up on gas station delicacies, and forged on to the Rostov Kremlin. The 11th century cathedral looked the worse for wear, with scaffolding running up the sides and great holes where icons and sturdier stone were once found. Yet, there was beauty in such imperfection. And it seems that similar sentiments were held toward the performance of the YRC’s “liturgy crew” by the faithful, as they wore pious smiles despite us reinventing the sounds of the Orthodox Liturgy with great liberty and reckless abandon in traditional style. by Ladi, again Ladi, the man,
Read more